The Power of No

It is only two letters and one syllable yet ‘No’ in some ways can be one of the hardest words to say and to hear in an intimate relationship. As a parent I’m very used to saying ‘No’ to my children to set boundaries, to protect them from things they want and I consider harmful or as part of helping them learn through feedback.

In my marriage though, it is a different matter and I often hesitate because I’m worried about damaging the relationship or I say ‘No’ out of a less-than-loving energy.

Yet when used consciously ‘No’ can be one of the most important words in a relationship.

Around 2 to 3 of years age ‘No’ enters our vocabulary consistently no matter what the request we are hearing form our parents. Saying ‘No’ is part of growing up, testing the boundaries, exerting our independence and asserting ourselves. It can be frustrating for parents but it’s a stage we need to go through as we learn how to stand safely on our own feet.

I imagine most people have never fully grown out of that toddler stage and still have that part inside that comes out to play from time to time. I know there are moments when I say ‘No’ just for the hell of it. Just because I can. I enjoy the reaction it gets and the feeling of power to be able to exert myself.

When I track back I recognise that in my early adulthood my default answer to any request from my partner was ‘Yes’ because I had learned that agreeing to whatever was asked of me was what ‘nice boys’ do. That duty, obligation and politeness were more important than looking after my own needs, or even negotiating to find a way we could both be satisfied. I realised I had created a trap for myself where I was not living my own life but was living for others. 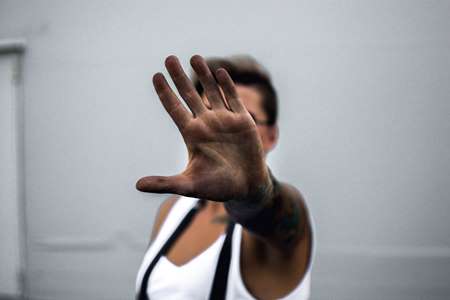 Later, my default changed to ‘No’ as a way to get my power back. I guess I was pretty difficult to live with in this period and to be honest I missed out on opportunities when I refused things that I really wanted to say ‘Yes’ to. I  became more and more negative in my outlook on life. Often my ‘No’ was because I was holding onto some resentment for a previous hurt and refusing my partner was a way to get back at her. Or I was feeling trapped, frustrated and not taking care of my freedom  and autonomy – my ‘No’ was a way to get them back.

Finally I figured out that having a default of either ‘Yes’ or ‘No’ was itself a trap and only gave me a satisfying result around 50% of the time. Saying ‘Yes’ consistently often meant I was sacrificing something important to me. And saying ‘No’ all the time meant I was often shooting myself in the foot because I was refusing things I really wanted to do or I was damaging the relationship.

Still there are times when I slip into unconscious responses, where my ‘Yes’ or my ‘No’ is an echo of some old default and it always does some small harm to myself, my partner or the relationship.

So What are we Worried About?

No-one likes to hear no, right? It is a refusal, correction, disagreement or a denial. And where’s the pleasure in getting any of those. I imagine my loved one will feel hurt in some way, maybe even think they are a little bit less of a loved one than before. So I may say ‘Yes’ to protect her from this hurt.

To be more precise, what I am actually doing is protecting myself from how I will feel in response to my wife’s reaction. If I think I have hurt her then I feel guilty. Or if she pushes back against my ‘No’ I may react with a rush of blood to my head and rise to a fight. Feeling guilty or aggressive are not much fun in a couple relationship.

Even when I am really clear and satisfied about my reasons for refusal, my partner might still react in ways I don’t enjoy. After all she will react to my ‘No’ and that may not be from a deep connection to herself and to me. It may trigger old wounds, current disappointment, needs that are not being met right now.

In other words my partner will react and that might not be an easy reaction to handle. Predicting this reaction, likely based on past experience, will create a barrier to me saying ‘No’ so to avoid dealing with this the easy option is to say ‘Yes’ and suffer in silence.

While it might be the easy option it is rarely the best option.

For a good number of years now I have been working on changing my default to one where I pause and check what will really serve me and the lives of those around me. You could say that it is a sign of healthy interdependence. I advocate bringing high levels of awareness when deciding on ‘Yes’ or ‘No’. It is good for myself, for my relationship and as a parent when helping my kids learn how to balance their needs and those of the others around them.

A conscious response means pausing and looking within rather than responding to a request right away.

First step is to notice how I’m feeling in relation to the request. How open or closed? How willing or reluctant? How excited or indifferent? If I’m open, willing and excited then it is a clear ‘Yes’ and there is no point to explore further.

For example, my wife called me the other day from the medical centre and asked me to pick her because she was feeling weak. I was concentrating on something of my own yet checking with myself I saw right away that it was my pleasure to support her in this way. I willingly and happily stopped what I was doing and drove to pick her up.

If on the other hand there is some resistance, an impulse to say ‘No’ to the request then I want to explore further before responding.

What is the resistance telling me? What is behind the impulse to say ‘No’? What boundaries am I wanting to protect here? Which needs will I be putting aside or giving up on if I say ‘Yes’? Which of my partner’s needs will it meet by saying ‘Yes’? And by saying ‘No’? Can I think of other ways I might get all needs met?

For example, yesterday she asked me if I would like to go to the mountains today and get out of the city. I immediately felt a resistance so it was a sign to check more deeply before replying. There was a ‘Yes’ in me because I have been feeling tired and could do with a break, fresh air and a relaxing day with my family. There was also a ‘No’ coming from having to rearrange my schedule (including a meeting) and the 4 hours in the car which I usually find tiring. On balance it was a marginal ‘No’ and a discussion about finding another time next week.

When I have spent a moment to see the different perspectives then I am much better able to respond from a centred and clear place and to then be able to handle any reactions of my partner.

If I expect a postive reaction then I may get it because how I  communicate my refusal will be very much influenced by my mindset. Anticipating a fight will put me on my guard and with my weapons at the ready to defend myself. Expecting the other to get upset will likely put me an apologetic frame of mind and my ‘No’ will come out weak and shaky. Expect a positive reaction and I will be softer, calmer and more assertive and so more likely to get the reaction I expect. No guarantee, just increasing the chances.

Give context … but not too much

A bare ‘No’ is harsh and simplistic. It is hard to hear. It grates on the ears and stabs deep. Yet a long winded explanation is likely to be perceived as defensiveness and lacking integrity.

I suggest saying ‘No’ without the BS and say briefly what is behind the ‘No’  … what needs you are taking care of.

For example, in response to “Would you take the trash out now?”, I might say “No. I need rest right now.”

Saying ‘No’ passes the problem back to your loved one, whereas when we add some suggestions we join them in finding the solution. Maybe there is something else you can willingly agree to which will meet your partner’s needs in a different way.

Following the simple example above I might say, “No. I need rest right now. I could take it it out in half an hour.“

Check with the other

To avoid the finality of ‘No’ I recommend to always immediately follow it up with a request to keep the connection going.

To complete the example above I might say “No. I need rest right now. I could take it it out in half an hour. Would that work for you?“

I am a great believer in the power of vulnerability. Opening up a little of my inner world rather than hiding it. If I worry about the reaction when I say ‘No’ then I may say that.

“I’m worried about how you will react when I say ‘No’ because I care about you and our relationship.”

No is not forever

‘No’ is an in-the-moment thing and not a forever-thing. It means ‘right now, based on my current reality, my answer is No’. If that reality is based on a deep rooted value then chances are that it will stay ‘No’ for the forseeable future, irrespective how many times I’m asked. But if it is related to a current need then as soon as that need has been taken care of then the ‘No’ may very well change into a ‘Yes’.

It may seem a small and insignificant, but ‘No’ has a power and force well beyond it’s letter-count. Harnessing that power is a matter of using it to protect and nurture rather than to close down life. When we can really connect to our life energy then ‘No’ can help us get closer to each other and learn what is most important and vital. 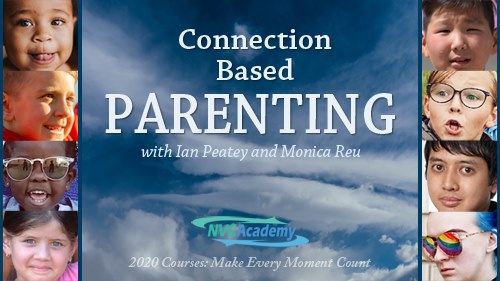 The Connection Kit is a practical and fun way to bring you closer as a couple. Currently available in English, German and Romanian.